A Fifty-Two Hour Shift and a Cluster of Tornadoes

The rain was so intense on the drive out that we could only see a few meters in front of us. Sammy was driving the ambulance and I was attempting to plot our route, but the debris and downed powerlines made it rather challenging. For the last week or so, a large cyclone had been lashing the coastal suburbs. Although it had recently weakened to a rain depression, the weather was still unpredictable with high winds and rain, and our community was directly in its path. Halfway to scene we were met by a returning ambulance crew who warned us of more hazards ahead. Although there were the occasional breaks in the downpour, the gusts of wind were so strong that our ambulance was rocking as we crawled through the suburbs.

Somehow, through the low visibility and torrential rain we located our patient. A young lad was lying in the gutter drenched. He had evidently crashed his bike whilst storm chasing, dislocated his shoulder and was now unable to get up. Sam manoeuvred the ambulance so the side sliding door was alongside where the young lad was currently lying in a puddle, and I jumped out to retrieve him. I was drenched in seconds. He stood with assistance and limped up the two steps of the ambulance and into the back. Whilst I assisted him onto the stretcher, he called out in pain. I was still standing as Sam began to slowly retrace our route in when suddenly he slammed the brakes on so hard that I was taken off my feet.

My eyes were stinging, and I knew instantly that the pain medication I was preparing had splashed my face. However, even more concerning was the sudden ache in my butt cheek.  Although I was now in the front cab of the ambulance resting uncomfortably on the gear stick awkwardly, Sam failed to even acknowledge me and seemed preoccupied.

“Hoooollyshiteeeee” was all he could muster. Turning to face Sam, I followed his gaze outside and right there in front of the ambulance was a silent yet descending twister. Although it had not “touched down”, it was already kicking up a large debris field below it. We watched in awe struck terror as it descended from the skies. I had never seen anything so captivating yet terrifying. It descended lower and lower and when it hit the ground, the silence was shattered. The roar was like nothing I had heard before. Backyard sheds splintered like match sticks, cars smashed against trees and branches and powerlines came down crashing down in showers of sparks.

It was mesmerising and terrifying, chaotic and unpredictable, and all we could do was watch in utter amazement. Sam reached for the radio but as the twister closed its distance, I yelled for him to reverse. Sam gave it a good go, but the ambulance seemed to be stuck out of fear itself. Had either of us realised that the gear stick I was sitting on had been bumped into neutral it may have helped us trouble-shoot the problem, but it’s fair to say our ability to critically analyse the current situation was somewhat diminished, if not totally obliterated. 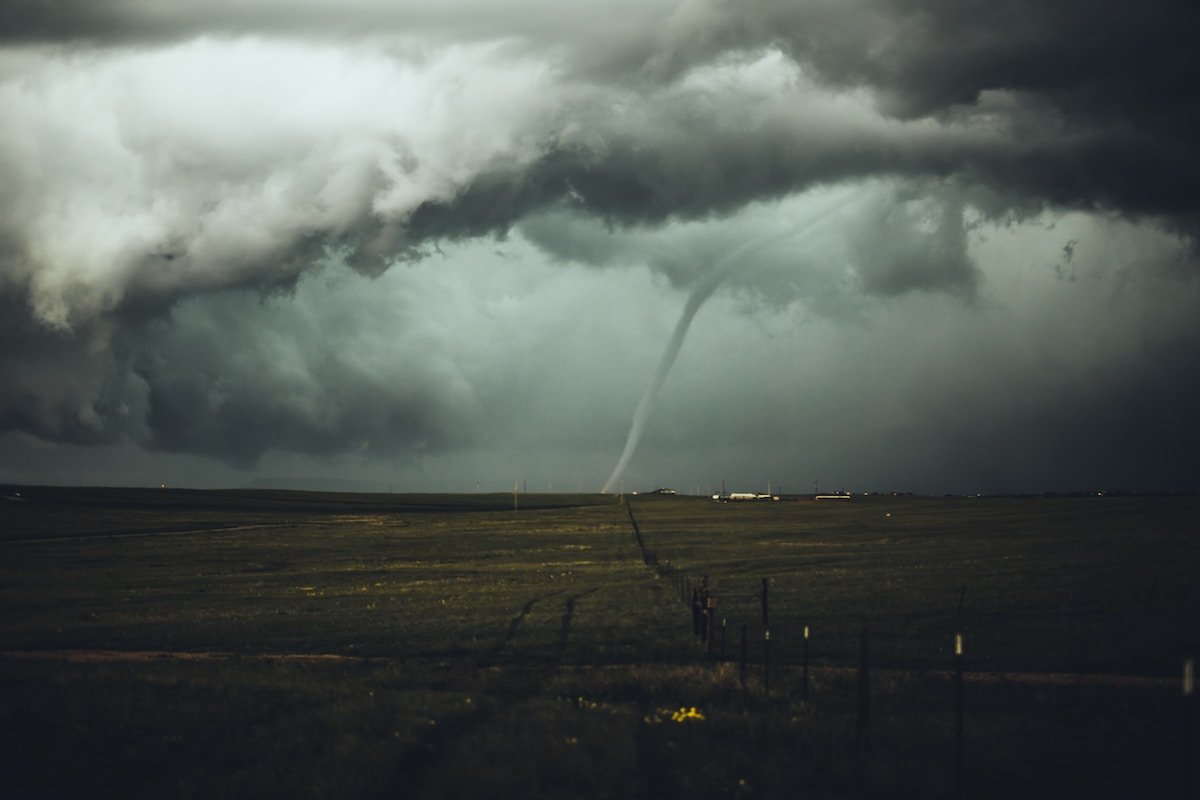 With every useless rev of the engine, the twister seemed to get closer and closer, the ambulance started shaking violently and the roar was deafening. As we accepted our impeding sudden demise, the twister seemed to take pity on us, change its course and move down the street and out of sight.The stillness and silence were suddenly deafening. Sam was gripping the steering wheel in utter silence; I am sure his handprint impressions were permanently left on the steering wheel that evening. I was the first to exit the ambulance via the rear sliding door and I sort of half fell out and half stumbled. The rain had ceased, and a gust of wind hit my sweaty face. “What the hell was that” I said to myself.

“Heeellllllllp” came a cry from a nearby house now missing its roof. People were calling for help and being the only emergency service in the area, we were like a beacon for people to approach us. Still shaking, Sam gathered enough composure to call in a short expletive riddled sit-rep that triggered an all-service response to the tornado. Weird day. When I had gathered my own composure, I started to go house to house to check on people. A fire crew and another ambulance had been in the local area but missed the twister by only a few blocks. They arrived and began assisting in the house to house search which gave Sam and I a moment to take stock of the last thirty minutes.“You OK Batman?” I asked Sam. He had his hands in his lap and was staring vacantly into a cane field opposite. “Ah, yea, um, you, well ah s**t, I’m just hungry big fella, but geeze,” he offered.The on-scene commander soon arrived and instructed us to transport the same kid we had in the back of the ambulance (whoops, I had forgotten about him), into hospital and then log an incident report and go home. Fine with me.

Had I known that over fifty hours later I would still be in the same uniform with some donated fluoro pink footy socks without my ambulance and being rescued by a helicopter with Sam, I would have just gone straight home that evening. But hindsight is a curious thing.

This excerpt was taken with permission from, “Here Hold My Drink And Watch This – Tales from the lighter side of paramedicine, adventure and life,” a new book written by our very own EIC, Sunny Whitfield. Each paperback sold will provide funds for someone in a rural community in Nepal access to up to a year’s supply of clean and safe drinking water, and when nearly 80% of illness in low GDP countries is related to poor water quality and inadequate sanitation conditions, it is a vital first step in improving community health. We reckon that is a pretty good reason to show your support and grab a copy today. Read a good yarn, support a good cause! The book is now available on Amazon, Booktopia, Paramedic Shop, Angus Robertson, Dymocks, and Apple iBook’s.

We just sent you an email. Please click the link in the email to confirm your subscription!